Jumped in my workout clothes today as well and cycled 20k on the bike again. But first I ran some errands and around 3 pm I was on my way to Hohenpeissenberg again. Didn’t have a E-bike today so it was a “real” workout. We, my mum and I, had a route planned out which went from Peiting till the next town and then up a hill where we planned to eat and drink something. It took us 2 hours before we were there and I was totally exhausted at the end. Since it was such a big hill we pushed our bikes most of the way and tried to find shortcuts but it was mostly through woods and fields.

Got such a great feeling when I was on the top and we had a great view as well – it made it all worth wild. On the top I had a bear and something “Bayrish” to eat just to strengthen myself again.

It was such a great feeling going down the hill again, just to see the most incredible view and enjoying everything.

But before we were all the way down again we stopped to say greet some family and they also had a tractor which I got to drive. It was so epic and one of the most fun things I’ve done in my life. I also drove a really small and old one, and this bad boy.

It’s safe to say that it was about 30 degrees today, that’s also why I didn’t go to the beach before 3 pm. It was so hot but so nice as well. I’m trying to charge up with as much sun as possible and enjoying every moment! In the evening I went for a walk because I wanted to see the sunset and ended the day with watching Step up 3. 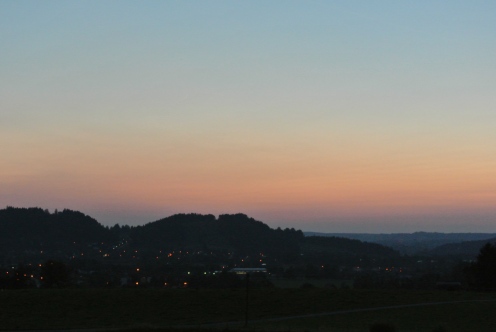 The day started of by waking up way to early for a Saturday let alone being on holiday. But I did have a lovely breakfast as always and in the early afternoon the whole family went to a lake. Today I stayed on familiar grounds though, in other words there was no swimming for me today. I hope my tan is getting along cause that’s one of the main things on my to-do list this summer.

After our stay at the lake we went to get some ice cream and yet again I ordered a “Früchteeisbecher“.

In the evening we had a lovely dinner outside and finished of the day with watching “Ice Age 4“.