I know, I know, I’ve been so bad at posting lately and you have no idea how guilty I feel. But (you know there’s always a but) I’m going to start making some changes. I’m going to try to juggle work, YouTube, WordPress and let us not forget living a bit better than I’ve done lately. Since I love YouTube and WordPress endlessly I forget to live a little once in a while.

I’m not going to give everything away at once but I can tell you that I am going to move soon, travel and experience some new things. I’m not going to tell you more than that, but keep coming back and you’ll get updated with the latest.

And sorry again for not posting as often! I love how much support I’ve gotten through followers and likes. I’m forever grateful – you keep me going!

Jumped in my workout clothes today as well and cycled 20k on the bike again. But first I ran some errands and around 3 pm I was on my way to Hohenpeissenberg again. Didn’t have a E-bike today so it was a “real” workout. We, my mum and I, had a route planned out which went from Peiting till the next town and then up a hill where we planned to eat and drink something. It took us 2 hours before we were there and I was totally exhausted at the end. Since it was such a big hill we pushed our bikes most of the way and tried to find shortcuts but it was mostly through woods and fields.

Got such a great feeling when I was on the top and we had a great view as well – it made it all worth wild. On the top I had a bear and something “Bayrish” to eat just to strengthen myself again. 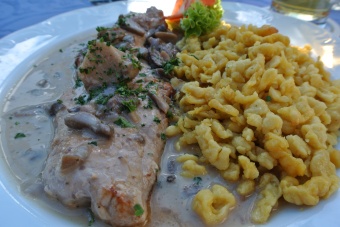 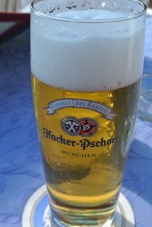 It was such a great feeling going down the hill again, just to see the most incredible view and enjoying everything.

But before we were all the way down again we stopped to say greet some family and they also had a tractor which I got to drive. It was so epic and one of the most fun things I’ve done in my life. I also drove a really small and old one, and this bad boy.

How I met my husband

Follow My life as Elizabeth on WordPress.com
Join 226 other followers